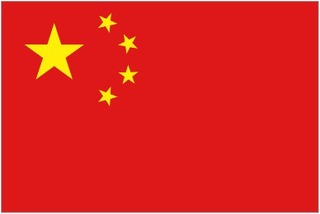 The People’s Republic of China is located in eastern Asia between North Korea and Vietnam. China has the largest population in the world with about 1.3 billion people. It is the region of one of the world’s earliest civilizations.

There are seven main Chinese dialects and Mandarin is the dialect spoken by about 70 percent of the people. Other dialects spoken in China are Cantonese, Wu, Min, Xiang, Gan, and Hakka. Many other languages are spoken by ethnic minorities.

For more than 4,000 years, China’s political system was based on hereditary monarchies known as dynasties. The last dynasty, the Qing, ended in 1911 with the founding of the Republic of China. In 1949, the communist party won a protracted civil war and established the People’s Republic of China on mainland China. The defeated side (the Kuomintang) retreated to Taiwan.

There is a significant risk of exposure to hepatitis A for this country, therefore, the vaccination is recommended.

There is a significant risk of infection with hepatitis B for this country, therefore, the vaccination is recommended.

Vaccination against rabies is recommended for travellers involved in outdoor activities (e.g., campers, hikers, bikers, adventure travellers, and cavers) who may have direct contact with rabid dogs, bats, and other mammals. Those with occupational risks (such as veterinarians, wildlife professionals, researchers) and long-term travellers and expatriates are at higher risk and should be vaccinated.

This vaccination is recommended for people who plan extensive outdoor activities while visiting rural or farming areas during the months of May to October. It is not recommended for itineraries that are limited to Beijing or other major cities.

There are no recommendations for China at this time.

Diseases To Be Aware of for China

Chikungunya fever has occurred in this country.

There is a significant risk for acquiring hepatitis B in China.

There is a significant risk for hepatitis A virus exposure in China through contaminated food or water. Infection can still occur at tourist destinations and resorts.

The World Health Organization has declared China to be malaria-free.

Sporadic seasonal outbreaks occur in China during the early spring and summer seasons.

Scrub typhus, also known as Tsutsugamushi fever, has occurred in some areas of China.

Unvaccinated people can become infected through contaminated food and water in China, especially when visiting smaller cities, villages, or rural areas and staying with friends or relatives.

Tuberculosis occurs in China. Travellers to this country are at risk for tuberculosis if visiting sick friends or family, working in the health care field, or having close prolonged contact with the general population.

Japanese encephalitis usually occurs in rural farming areas in China. Outbreaks have been recorded in all provinces except Xizang (Tibet), Xinjiang, and Qinghai. The risk for travellers of contracting Japanese encephalitis is low, but visiting areas where the virus is active and extensive outdoor activity in rural areas will increase this risk.

Rabies occurs in China. Travellers involved in outdoor activities (e.g., campers, hikers, bikers, adventure travellers, and cavers) may have direct contact with rabid dogs, bats, and other mammals. Those with occupational risks (such as veterinarians, wildlife professionals, researchers) and long-term travellers and expatriates are at higher risk.

Travellers in China are reminded that laws are strictly enforced, and offenders may be fined, detained, arrested, or deported.

Violent crime is rare in China, however, petty crime, such as pickpocketing and theft, is prevalent and foreigners are the major target. Carry your passport with you at all times as travellers may be asked to produce ID. Ensure, however, that your passport is kept in a secure location.

There has been an increase in cases of extortion by taxi drivers. Also, foreigners have been approached by strangers and invited to a nearby establishment for a drink, only to be presented with a large bill and forced to pay. Be cautious of strangers asking to “practice English” or to accompany them to nearby locations. Be aware of “tea tasting”, “massage”, or other scams.

Travellers should be aware that weapons are prohibited, and foreigners have been prosecuted for possession of prohibited weapons. The laws apply to those transiting Hong Kong airport and apply to carry-on luggage, luggage in transit, and checked luggage. Prohibited weapons include slingshots, stun devices, any spear or dart guns, knuckledusters, etc.

China has a zero-tolerance policy about drugs. Severe penalties for drug-related offences include the death penalty.

Driving in China requires a Chinese driver’s license. To purchase a train ticket, travellers must show their passport. Theft on trains is common.

Always ask permission before taking photos of Buddhist monasteries. Note that there is sometimes a fee associated with this.

Minimize safety risk by avoiding public and political gatherings and demonstrations in any city. Even peaceful protests can quickly and unexpectedly become violent. Those choosing to participate in demonstrations face the risk of arrest and/or deportation.

Exercise a high degree of caution when travelling in the Tibet Autonomous Region (Xizang) as police presence, violence and unrest are common in this region, and ethnic minorities have been detained. Travellers must obtain a permit before travelling to this region.

The security and safety situation in the Xinjiang Uyghur Autonomous Region is unpredictable and violent outbreaks are common.

There is a risk of banditry in remote parts of China, and police presence is poor in areas bordering Burma, Laos, Pakistan, Russia and Vietnam. In Yunnan Province, the presence of drug traffickers is increasing.