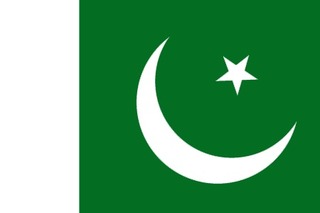 The Islamic Republic of Pakistan is located in southern Asia. With extensive coastline along the Arabian Sea and the Gulf of Oman, the country also shares borders with Afghanistan, Iran, India and China. The population of Pakistan is about 187 million people, of which 95 percent are muslim. The largest city is Karachi with a population of about 13 million.

The government of Pakistan is a federal republic. The chief of state is a president, and head of government is a prime minister.

Pakistan was created in 1947 soon after Britain ended its rule in India. Britain partitioned the northwestern and northeastern regions of India into Pakistan where the majority of the population was muslim. In recent times, Pakistan has had periods of military rule, political instability and conflicts with neighbouring India. Poverty, illiteracy, corruption and terrorism add to the problems facing this country.

Pakistan has many tourist attractions, such as the Karakoram Mountains, interesting architecture, bazaars and modern cities. However, with the combination of moderate western policies and radical Islamism, the security situation in Pakistan is extremely uncertain.

There is a significant risk of exposure to hepatitis A for this country. Therefore, the vaccination is recommended.

There is a significant risk of infection with hepatitis B for this country. Therefore, the vaccination is recommended.

All travellers should ensure that their polio vaccination is up to date. A single life-time booster IPV dose is recommended for adults who received routine vaccination as children. If visiting Pakistan for more than 4 weeks, a traveller may need to provide proof of polio vaccination when leaving Pakistan. The U.S. Centers for Disease Control recommends that long-term travellers and expatriates staying in Pakistan receive a dose of IPV between 4 weeks and 12 months before the date of their planned departure from Pakistan.

The U.K. NaTHNaC recommends the oral cholera vaccine for some travellers whose activities or medical history put them at increased risk, travelling to areas of active cholera transmission. These risk factors include: aid workers; those going to areas of cholera outbreaks who have limited access to potable water and medical care; travellers for whom the vaccination would be considered potentially beneficial, such as chronic medical conditions.

There is a risk of exposure to typhoid fever in this country through the consumption of unsafe food and water. Since exposure to unsafe sources is variable within this country, and with the emergence of a strain highly resistant to most antibiotics, vaccination against typhoid fever is recommended, especially when visiting smaller cities or rural areas, where food and water sources may be contaminated.

Vaccination against rabies is recommended for travellers involved in outdoor activities (e.g., campers, hikers, adventure travellers, and cavers) who may have direct contact with rabid dogs, bats, and other mammals. Those with occupational risks (such as veterinarians, wildlife professionals, researchers) and long-term travellers and expatriates are at higher risk and should be vaccinated.

This vaccination is recommended for travellers whose itineraries include areas around Karachi and the lower Indus Valley from June to January.

Diseases To Be Aware of for Pakistan

There is a significant risk for hepatitis A virus exposure in Pakistan through contaminated food or water.

Chikungunya fever has occurred in this country.

Cholera outbreaks occur in Pakistan. The risk to travellers is low unless living or working in poor sanitary conditions, drinking untreated water or eating poorly cooked or raw seafood in this country.

There is a significant risk for acquiring hepatitis B in Pakistan.

Dengue fever outbreaks have occurred in Pakistan, especially in Karachi.

Almost 5 percent of the population is chronically infected with hepatitis C.

In Pakistan, polio has not yet been eradicated. There is continuous transmission of the polio virus.

All areas at altitudes less than 2,500 meters, including all cities, are at high risk, especially in Balochistan, Federally Administered Tribal Areas, Khyber-Pakhtunkhwa and Sindh.

Travellers to Pakistan are at risk for tuberculosis if visiting sick friends or family, working in the health care field, or having close prolonged contact with the general population.

There is limited data available on Japanese encephalitis in Pakistan, however, cases have been reported from around Karachi and in the lower Indus Valley from June to January. The risk for travellers is low, but extensive outdoor activity in rural areas will increase this risk.

Unvaccinated people can become infected through contaminated food and water in Pakistan, especially when visiting smaller cities, villages, or rural areas where food and water sources may be contaminated. A strain of typhoid fever bacteria has emerged that is highly resistant to antibiotic treatement (with the exception of 2 antibiotics).

Rabies occurs in this country. Travellers involved in outdoor activities (e.g., campers, hikers, adventure travellers, and cavers) may have direct contact with rabid dogs, bats, and other mammals. Those with occupational risks (such as veterinarians, wildlife professionals, researchers) and long-term travellers and expatriates are at higher risk.

Leishmaniasis occurs in Pakistan, more commonly in rural than urban areas, in almost all provinces/regions of Pakistan. Baluchistan and KP provinces are mostly affected but significant numbers of cases are being reported from Punjab and Sindh provinces. The risk of acquiring leishmaniasis is increased in travellers who spend time outdoors in rural areas and at night when sand flies typically feed.

Violent crime, such as armed robbery and random shootings, is common, especially in Karachi and urban areas. Avoid travelling alone and after dark. Never accept food or drink from strangers as druggings have been reported.

Petty crime, such as pick-pocketing, is common in Pakistan. Travellers should avoid showing signs of affluence, like expensive clothing, and ensure their personal belongings and travel documents are always secure. Express kidnappings occur, where the targeted person is kidnapped for a short amount of time and forced to withdraw money from automated banking machines. Kidnapping foreign nationals for political reasons is increasing. Varying your routine and having an unpredictable schedule can help prevent kidnapping.

Terrorist attacks have taken place throughout Pakistan in crowded, public places, such as transportation hubs and markets.

Avoid demonstrations and large gatherings as they can become violent and lead to rioting, injury, and death.

Travel should be avoided in the following areas due to the threat of terrorism, lawlessness, and the generally unstable security situation resulting from extremism, ethnic divisions, and political disputes: the Kashmir region, the province of Baluchistan, the Khyber Pakhtunkhwa province, the Federally Administered Tribal Areas (FATA), Islamabad, Karachi, Lahore, and northern Punjab province. Suicide bombings, mass demonstrations, shootings, assassinations, and the use of improvised explosive devices continues in these areas. A number of civilian deaths and injuries have occurred in these areas.

Do not travel into Sindh province overland without making security arrangements with the police due to banditry.